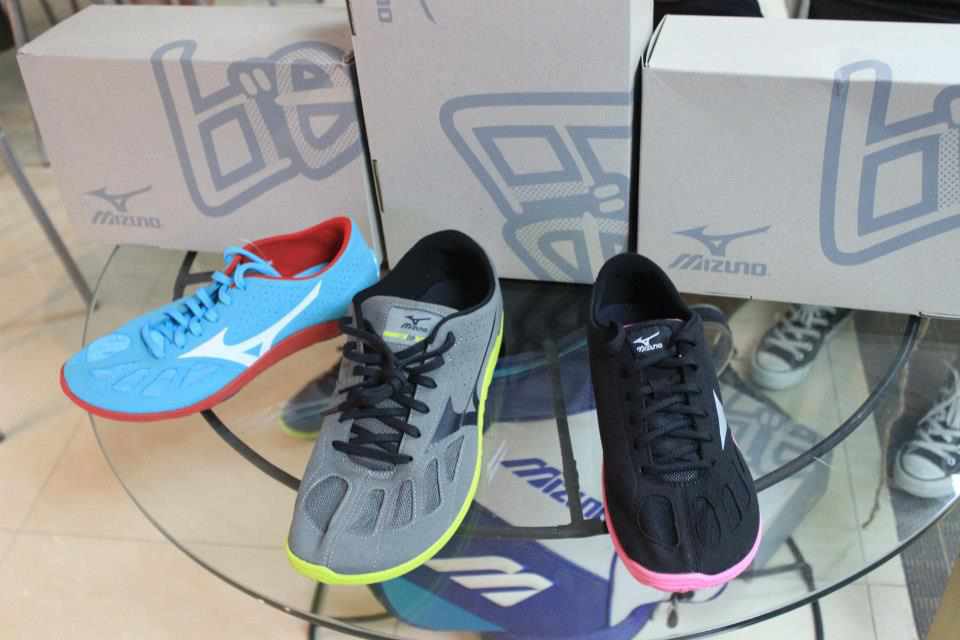 At the start of the New Year, people start writing down what they want to change from the previous year. A lot of people look back to what they’ve done in the past year, reflecting on what has happened to them, be it an improvement of their current status (financial, career, or even relationships) or  lessons learned from the past. People naturally look back to their past, the history, to help identify what can be improved on, and identify what needs to continue with what they’re doing.

That, in essence, what what Mizuno did when they decided to come up with another footwear aimed at helping runners get better. Mizuno went back to history, and in this case, coming fromJapan, they went back to as far as the Samurai era to review and research what else can help runners in their quest for running efficiently and becoming better and stronger runners. Mizuno came up with the BE.

With the numerous serious performance running shoes that Mizuno already have, why come up with another shoe? what’s the difference with the BE compared to other footwear made by Mizuno?

To give runners an idea on what and why the Mizuno Be was created and designed for, Master Sports Corporation, invited running bloggers to a by-invite-only event to give the running community a heads up before the release of the Be.

Team Endure was there with other Mizuno brand ambassadors such as Anton del Rosario of the Philippine Azkals, Podcast running sensations Running Wild with Coach Ige Lopez. Coach Patrick Joson was also there, together with the graduates of the Jumpstart Movement who went to the Osaka Marathon.

To start the launch, guests were asked what they wanna BE.
Two Endure members (board members at that!) won for their creative answers namely Marga Baula with her Supercalifragilisticexpialidocious answer

What is the Be?
Looking at it, it seems like its what one has been waiting for, another minimalist footwear from Mizuno, as a response to the growing curiosity of runners getting into the minimalism. But it is not. The BE is a training shoe, intended to be worn when you’re not running. Inspired by the Waraji Sandals, the Be is designed with the toes “protruding” .
Now  why would Mizuno do that? Based on their studies, this slight “imbalance” makes one more conscious of their body’s position and alignment,  trigger more muscle activation in the lower legs and feet for body stabilization. how? strengthening the muscles that work when you toe off with each run, EVEN if you’re not running.
How does it work?

Dips the toes to activate your muscles.

Cups your heel to improve its cushioning function

The event was hosted by teammate, and Mizuno brand ambassador Noelle de Guzman, more popularly known as the Kikay Runner.