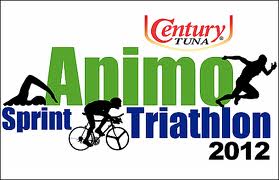 A badminton varsity player from UP, Santiago showed that his victory in the last SUBIT was no fluke as he ruled the male overall class in 1 hour, 40 minutes, 10 seconds in the 900m swim, 30K bike and 7.5K run presented by Century Tuna and organized by the De La Salle Brothers and spearheaded by La Salle Greenhills Batch 81.

“I’m in triathlon for the past one and a half years and decided to take the sport as an added challenge to myself. I’m enjoying the sport and the win will help inspire me to keep on improving,” said Santiago.

Powell, meanwhile, had difficulty negotiating the bike route but still her efforts went unmatched by her challengers as she took her second straight female title in this race held in cooperation with the Triathlon Association of the Philippines, Ayala Alabang Village Association (AAVA) and Philippine Sports Commission.

“We have fewer participants this year simply because there are other triathlon events staged earlier. But we’re happy with the turnout because the quality of the races was good and the event was well organized,” said Greg Banzon, general manager of Century Pacific Corporation and a member of LSG Batch 81.

Part of the proceeds of this event that also drew the support of Philippine Star, One Sport, Multisport and SBR as media partners, will be used as scholarship fund for the St. Jaime Hilario Integrated School-La Salle in Bataan.