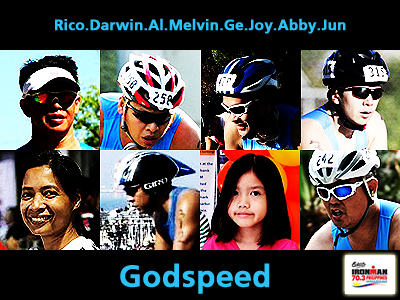 ENDURE Multisport team is one with the triathlon community in anticipating the upcoming Cobra Ironman 70.3 Philippines in Camarines Sur on August 14, 2011. ENDURE is after all a team founded on the prospect of training and racing together the Ironman distance –  someday.

In 2010 Cobra Ironman 70.3,  six men finally did the half-ironman under the Endure banner, 1 swam for the relay, and a feisty little girl competed and placed in the IronKids category.

In this 2011 edition, six Endure men still will go the distance, 1 shall bike for the relay, and the feisty little girl shall compete once again. Six men, a lady and a girl. Together they span the spectra of age,  athletic ability, weight class, and profession. All of them juggle family, work, social life and sports, but on that fateful weekend, they will don their warrior suits – armed with weeks of training,  armor full of hope, wills of iron and hearts of gold. 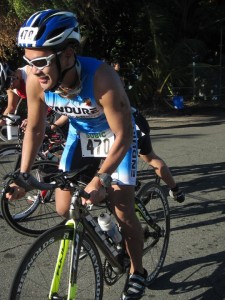 Melvin returns to the CWC to do his second Cobra 70.3.  With his back-to-back participation in the White Rock Triathlon as well, the half-ironman distance may well just be Melvin’s strongest suit. A 2011 Bataan Death March 102K finisher, a 2011 Milo marathon finalist with a time of 3:38:10, and a half-marathon personal best of 1:39, Melvin is the quintessential endurance athlete – performing better the longer it gets. A steady swimmer and a much improved runner, Melvin hopes to do better on the bike. With hours on his bike log, complemented with his black-and-neon green Fuji D6, we have high hopes on Melvin having a grand time there in Camsur. 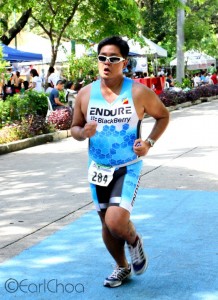 Triathlete-blogger Rico (By Sheer Will) will have to rely on his strong will to beat his previous time and the cut-off time!  Clocking in at exactly 8hrs last year, Rico had the time of his life swimming, biking and running in Camsur last year, with God seemingly orchestrating the sun and rain to make him finish. Two weeks after his race, he was whisked off to a very demanding new job that whittled away his training time. Rico has on his side race experience, patience, stronger running legs, less fear on the bike, a cool bike, and innate even pacing ability. Rico has to surmount though the added weight from work stress. On August 14, he shall know if human will and perseverance shall be blessed once again by God’s grace. 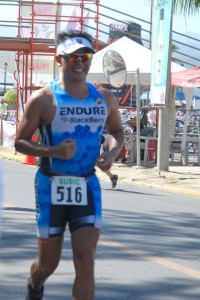 Darwin attacks his 70.3 training with the zeal of a graduate student and the tenacity of a hamster. Darwin patiently scours the net for tips, never failing to share his find with his teammates and tri forum members. A believer of the value of intensity in making an athlete stronger, Darwin will not hesitate to hammer on the bike, and sprint up the run. He is enamored equally with Spinervals and electric guitar. For 2011 Cobra 70.3, Darwin hopes that all the hard work he put in training will make pay off. For good measure, he will bring in his cheer team of kid and wife, the latter hailing from CamSur province. 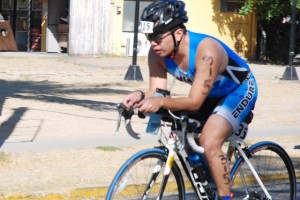 With a triathlete, age-group winner for a potential father-in-law, Gerard is hard pressed on becoming a multisport athlete. Girlfriend Tricia and Tito Bong have been supportive however. Gerard has tucked under his multisport belt a slew of aquathlons, duathlons and sprint triathlons. From a chubby runner with wavy hair, Gerard has trimmed down considerably and now looks the triathlete part – lean with short-cropped hair. The swim training is admittedly his favorite training regimen, but every now and then this Marikina-boy hies off to Bugarin and Jala-jala to pay his dues to the biking gods. 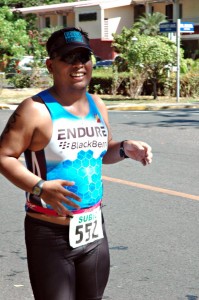 Direk Al Neri is consummate with his bike trainer sessions as he is with his directing of video coverage of the Azkals games. He patiently times and tracks his level of effort, never bucking down even if the bike resistance becomes arduous. One time he sat on his bike trainer for 3 hours! Such is the will and discipline of this former swim standout. Best part of him is that he remains self-effacing and humble. When not directing or spending time with his family, you will find Al running around the UP oval, or making speed ripples on the pool. 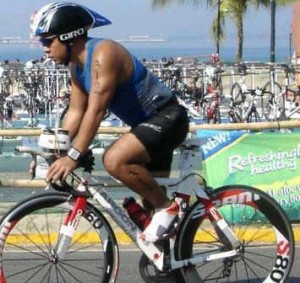 Good values seem to run in the Neri family as evidenced by equally humble Emilio  Neri, Jr.  An economist and officer at one of the nation’s top three banks, Kuya Jun balances life’s demands by squeezing in a swim before work, or when absolutely necessary, at lunchtime breaks. Jun was a competitive swimmer himself during elementary and high school days, so he knows the importance of training and preparation. For Camsur, the guy did his homework of biking and running in the heat of Daang Hari sun. 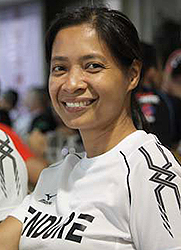 Joy is doing the half-Ironman relay as biker with runner-friends. Joy is an avid mountain biker and has done a triathlon race using an MTB. Frustrated that she couldn’t translate readily her bike power into speed, she bought her own roadie in May in preparation for her Ironman participation. She and her roadie have already gone to Jala-jala and Verdana, when her training was cut abruptly by an unfortunate fall that dislocated her elbow. While on sling, Joy maintained her fitness through regular gym sessions. She is back on the road and saddle now. If she can display at least half the grit she mustered dealing with her elbow pain while awaiting transport to the hospital, the heat and fatigue of the Camsur bike should no longer be her concern. 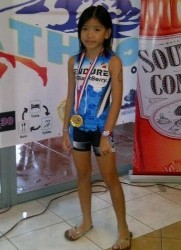 ENDURE is proud of this little girl with shy demeanor but competitive fire within her.  She has won several races under her age group category. Born to MTB-riding parents Caesar and Vilma Vizcarra, Sophia Gabrielle or Abby has raced in Alabang and CWC, and ridden the mountains up Northern Philippines. We wish her all the best in her IronKids race.